Juneteenth In Iowa City Has Something For Everybody 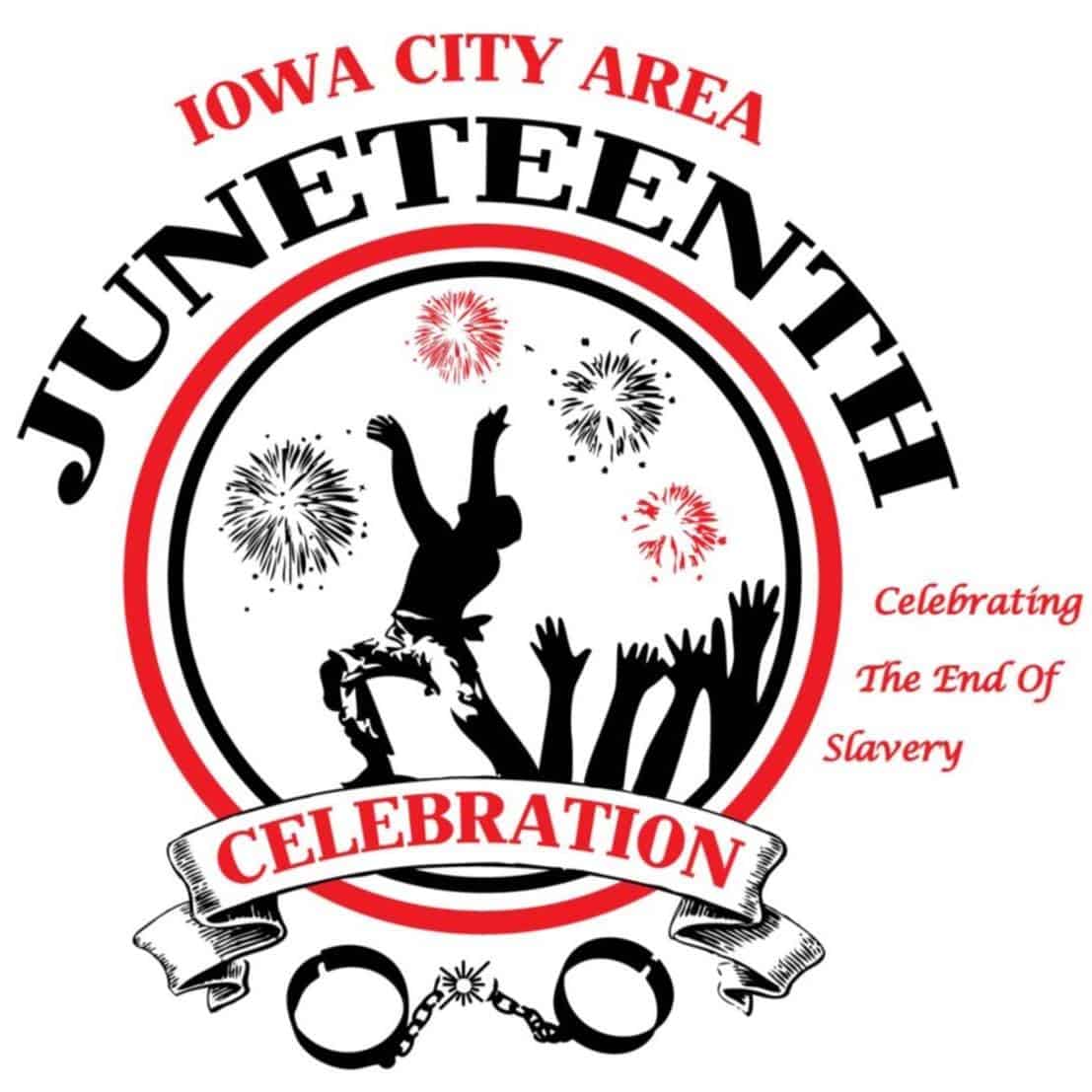 19 Jun Juneteenth In Iowa City Has Something For Everybody

Posted at 08:31h in Community by Blank and McCune 0 Comments
0 Likes

Wondering what that “Juneteenth” holiday is on your smartphone calendar? You’re not alone–most Iowans have no idea what Juneteenth is, or why it’s there, on June 19.

In short, Juneteenth is the annual remembrance of the recognition of the abolition of slavery on June 19, 1865. Slavery had been abolished by proclamation (what would be an Executive Order today) in 1862, but not by practice. Over the years the celebrations, which were once limited to the African-American community, were shortened to “Juneteenth”–the month of June, and the date–the nineteenth. Since the 1980s and 1990s, when Juneteenth entered the mainstream for American remembrances and festivities, it has gone from being a one-day observation to a cultural event that spans a week, with concerts, banquets, festivals, and parades.

A Short History Of Iowa and Slavery

The French were the first European settlers in Iowa, coming up the Mississippi River from Louisiana in 1673. Spain and France together controlled European interests in the western part of the US, and France ceded Iowa to their Spanish ally in 1763 before they were defeated in the French and Indian War. The French continued to trade with England and Spain, as well as the local Native American tribes that procured the furs and other goods for trade. Napoleon took the territory back from Spain via treaty in 1800 and sold the entire Louisiana territory to the US in 1803. Iowa was part of the Indiana Territory, which in turn was part of the District of Louisiana. The US Army built Fort Madison in 1808 and established military control of the region, but Iowa did not become an official territory until 1838.

The Missouri Compromise of 1820 abolished slavery in new territories, and Iowa fell under that legislation. During the 19th century, Iowa’s economy was based on trade along the rivers with very little large-scale farming, so settlers did not dispute the ban on slaves. The white population did not exactly welcome African-American settlers, passing a series of laws called the “Black Codes” that effectively removed any rights of citizenship.

Slavery was abolished in Texas on June 19, 1865. While African-American Iowans were not enslaved, their lack of civil rights put them in a sort of no-mans-land legally–so emancipation was still seen as an important move forward. The remaining states in the Confederacy informally followed Texas’ lead, effectively ending slavery in the US.

Yes, Lincoln did issue the Emancipation Proclamation in 1862, to be effective in January 1863, and the Proclamation was clearly directed at the states in the Confederacy. But as the Southern states were at war with the Union over this very issue, they ignored the Proclamation and did not pass the freedom message along to their slaves.  Lacking much in the way of communication, slaves remained in the dark about their freedom until word reached Galveston in June 1865. When Texas acknowledged the emancipation of enslaved people, it was the tactile beginning of the end of slavery.

Freedmen in Texas wanted to celebrate the anniversary of their emancipation, but Texas segregation laws prevented them from using public parks. So they pooled their resources and bought the land for their observances, like Houston’s Emancipation Park. Jim Crow squashed Juneteenth remembrances until the Civil Rights movement in the 1960s when Juneteenth experienced a renaissance in the US. And yes, black Americans do still celebrate the Fourth of July, although most were enslaved in 1776. Juneteenth is considered the real National Freedom Day for most African-Americans.

Thanks to the untiring efforts of Gary Lawson, in 1990 Governor Tom Vilsack designated the third Saturday in June as Juneteenth–an official Iowa holiday. Since then, Juneteenth observations have grown to a week-long celebration that focuses on empowerment, education, and entertainment. Most Juneteenth events blend history–freedom and liberty–with responsible citizenship–economic, social, and political development and awareness. Activities range from the purely fun–bounce houses and face painting–to basketball tournaments, contests, and awards. This year some of the events include these annual highlights.

Iowa City has several celebrations of Juneteenth this year, that run through next Saturday, June 22. The 19th is on Wednesday, so events are planned for the entire week. The Iowa Juneteenth Observance ( IJO) committee is a 501 (c)3 organization that oversees many of the events surrounding Juneteenth. They also sponsor an essay contest for all high school students in Iowa. This year’s theme was “Reclaiming Our Time: Together We Can Do More”. Check the IJO website for information for next year’s contest.

Juneteenth kicked off on the 13th with the Community Builders Banquet at Olmsted Hall at Drake University. Louis Carr, Drake alum and a powerhouse in national media, was the keynote speaker.

These are some of the highlights for Juneteenth 2019

African American Museum Of Iowa (AAMI) Juneteenth–Viola Gibson Parkin Cedar Rapids, 11 am-4 pm. This is a family-friendly festival with activities and entertainment. Some of the Main Stage acts include a high school step team, the Veritas Church Choir, and is emceed by Kayla James.

Iowa Cubs vs Express baseball game, Principal Park,  pm. Tickets are $10, and when you buy your tickets before the 20th, $3.00 goes back into the IJO non-profit group.

Check out the Iowa City Facebook page for Juneteenth events for more information.